It’s the tell-tale flush of red, the shuffle of feet, averted eyes, dropped head. Do you know someone who blushes? 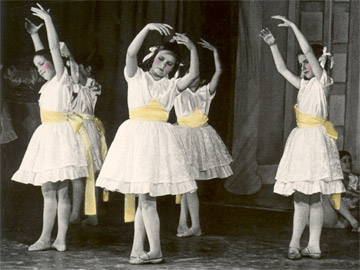 Severe blushing is called idiopathic cranio-facial erythema and can be a problem similar to an anxiety attack. But the dainty blush, that’s what I’m talking about. The blushing bride. The young child performing in public. It somehow softens the hearts of those who witness the flush—the rise of red to the cheeks and tops of the ears. But why do we blush? Well, chin up my friend. It means you CARE.

Did you know that humans are the only animals that blush? In 1872, in “The Expressions of the Emotions in Man and Animals,” Charles Darwin described blushing as “the most peculiar and most human of all expressions.” To Darwin, the blush mainly reflected the human capacity for imagining others’ perceptions. It’s an important signal among humans that strengthens social bonds. If I say something awkward, you will be more forgiving of my transgression if I blush. A similar social code in an animal might be the way your dog rolls over, showing you her belly, when you discover she’s spread her sack of dog food all through the house. Noted psychologist Dacher Keltner, author of Born to Be Good, thinks the blush says, “I care; I know I violated a social contract.”

So the most important function of the blush is its effect on other people. Especially if you blush when you tell a fib. Even though it can be a public undressing, the blush makes you somehow more endearing and softens the consequences.

Schucky darn, alrighty then. What makes you blush? I blush when I have to ask for directions. I suppose I think I should always know where I’m going (and I hate to be a bother), but that left turn I took out of the elevator should have been a right turn and I’m left with warm, rosy cheeks. Dang. It happens every time. And I’m not talking about the blush.